Todd Bracher is a breath of fresh air.  An American designer invited by IMM Cologne to design for the annual Das Haus installation, one of our photographer’s first observations was that he reminded her of Keanu Reeves.  (Who wouldn’t want to look like Keanu Reeves?) 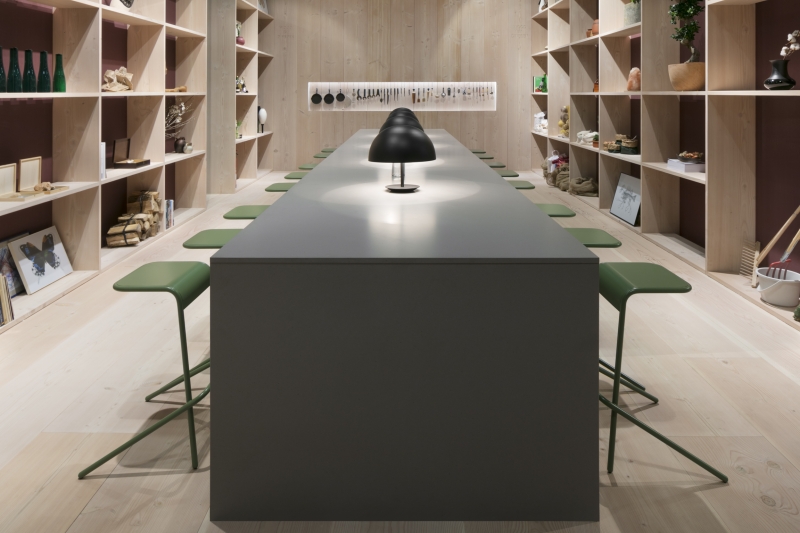 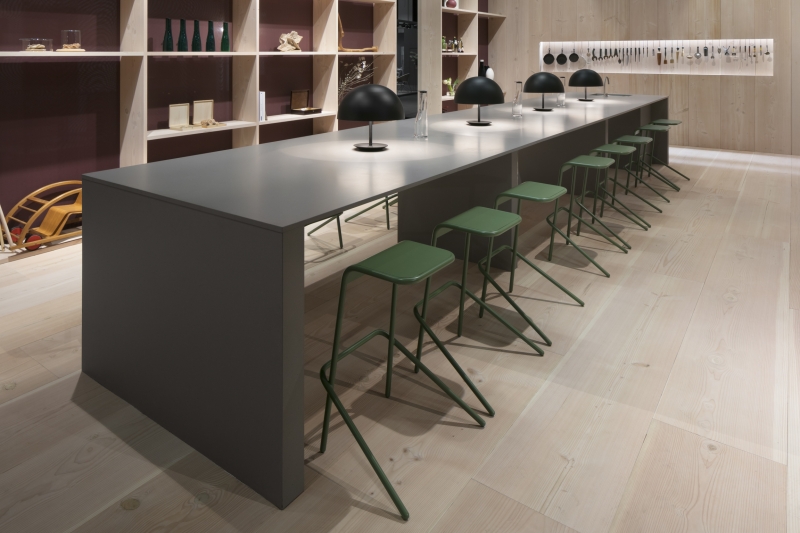 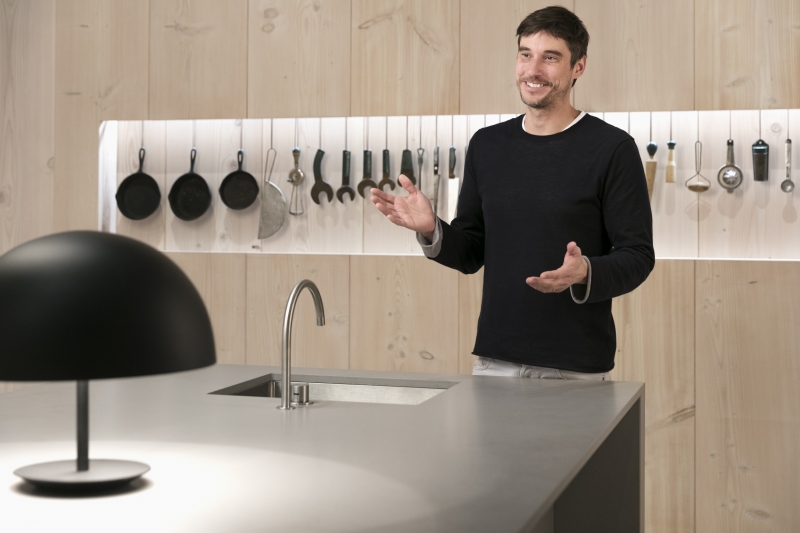 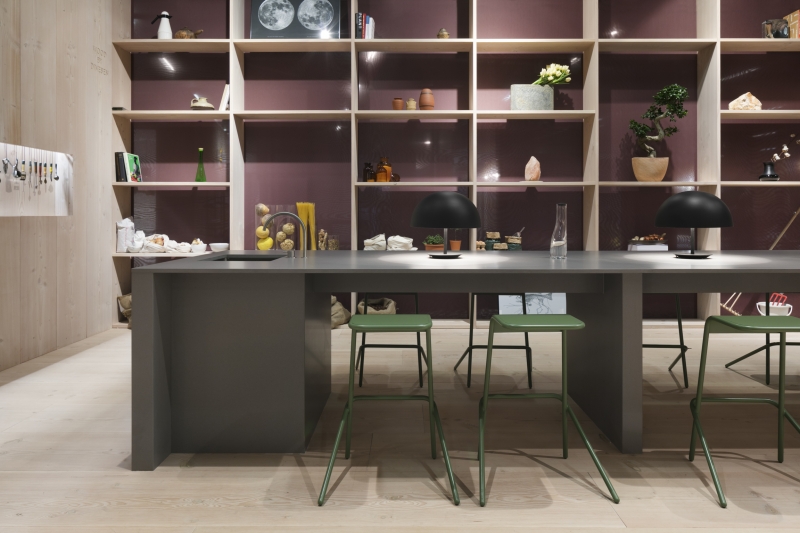 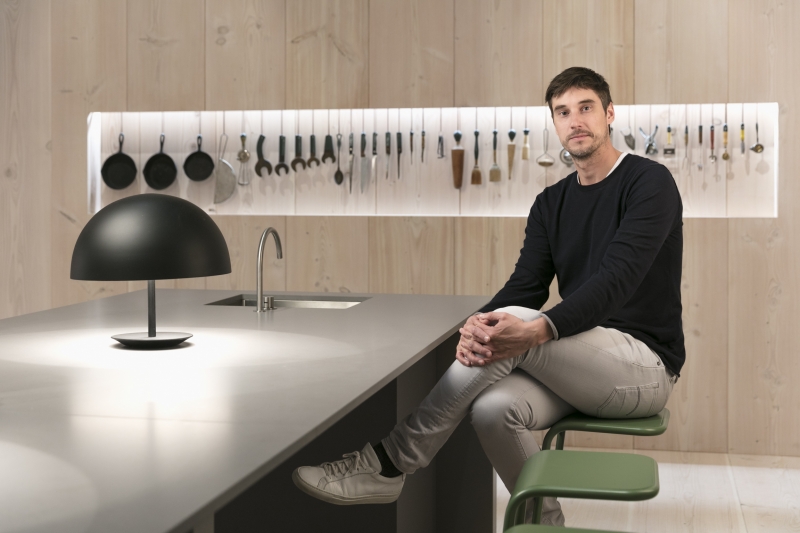 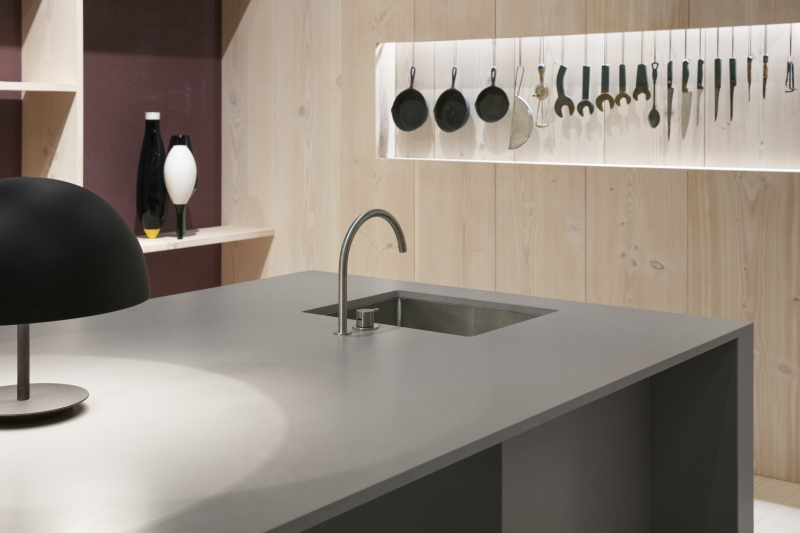 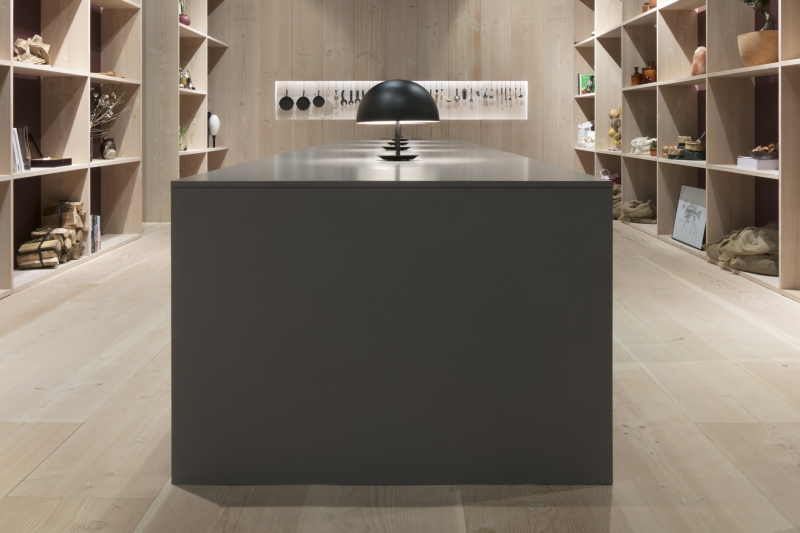 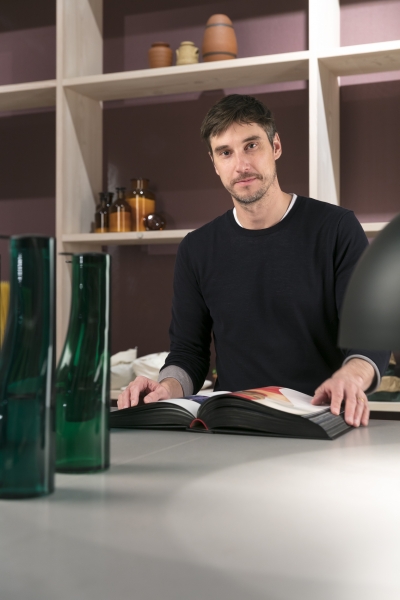 He’s down to earth, with a soothing voice that carries a beautiful melodic intonation, probably an inherited speech pattern from America’s Irish forefathers, which is what made it easy to absorb Todd’s explanation of the concept behind his design.

“I was chosen as an American designer to interpret life today, or potentially tomorrow, from the eyes of an American,” says Todd.  “But that’s an odd thing for me to say because I don’t really know what that means.  America is a very big country and there’s a lot of culture, a lot of different diversities, so there’s no singular message.  So I interpret that in a way of what’s meaningful to me as an American”.

“Life in New York is quite complicated.  It’s quite fast as most cities are and I was questioning, ‘Do I live with my home built for my life?’.  And I don’t think it really is.  I don’t think many people live actually how they want to live, so the exploration we have done with Das Haus was to revaluate, to go back to the essentials of what life is at home”.

Todd’s design challenges architecture and interior design in that he’s come to believe our modern, Western lives have had to be built around homes that were built in another era for another lifestyle.  Das Haus 2017 suggests that perhaps, instead of separate rooms for separate functions, what we need is a multipurpose space that can serve a variety of functions, based on how we would like to live our lives.

“If you, for example, buy a home that’s 20 years old, 50 years old, even 10 years old, 5, it typically comes with the standard typologies of kitchen, bathroom, bedroom and so on.  That defines how we live, which
to me is a dated logic.  So what we’re doing is going back to, ‘What do I really need?’.  I think in New York I need peace, I need quiet, I need calm.  I also want education and I need sustenance and food, and when you start balancing these things, that’s what brought us to our concept”.

It’s this thinking that informed the huge space and its 7m Caesarstone Sleek Concrete multipurpose island.  Is it a kitchen, is it a library, is it a playroom, is it a shed?

Todd continues, “The materiality of this house is also connected to the concept of ‘essential’.  We wanted to
work with material that’s monolithic, but natural and warm and engaging that we really wanted to touch.  Thus the wood all around is Douglas fir, which is very rich and very noble and expansive, and at the same time with the Sleek Concrete Caesarstone, we wanted a surface that’s real, that felt solid – also in contrast to the warm, softer wood”.
“We wanted to make it feel solid and sturdy and considering all the functionality we’ve planned for this surface, from eating, to telling stories, to playing, to building.  Whatever happens here, we needed a surface that can be strong enough to support that”.
We closed the interview by asking Todd about his personal design inspirations.
“For me design and inspiration comes from really the human element. I fight to find what are really the most meaningful signals about our world. It sounds kind of abstract, but it’s true, and I think we need to uncover what those really human, meaningful associations are that we have with these things around us.  My job is to share them, expose them, preserve them in a way that’s not fashion, or trend, or style but something really timeless.  And I think that’s how we live in a richer, more appreciative way with our environment”.